A Conversation with Chaerany Putri: The Political Shift of Millennials 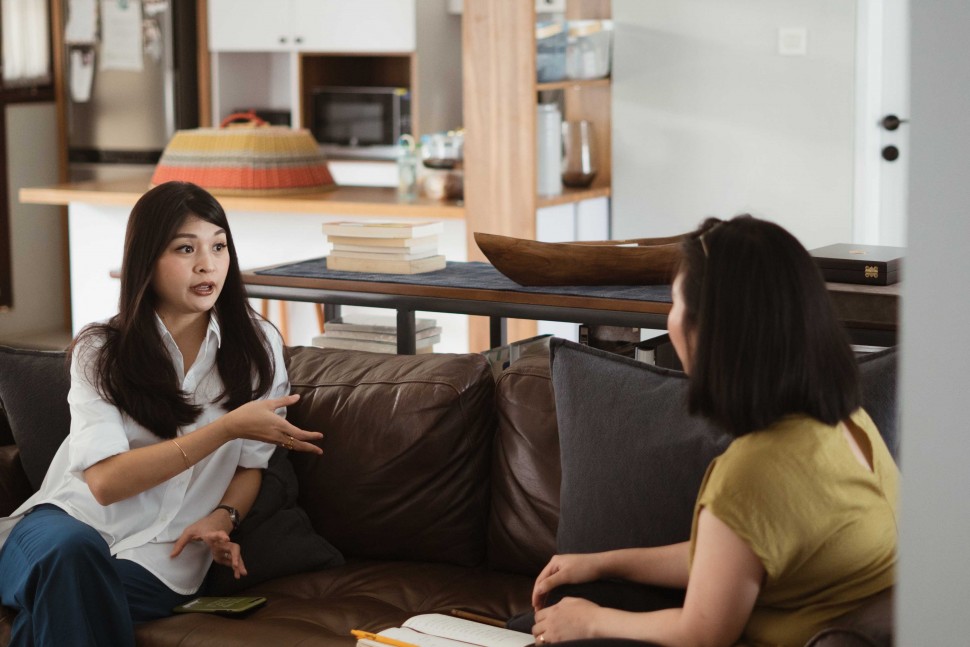 As a tribute to Sumpah Pemuda, we sat down and chatted with inspirational millennials from various industries in the country. Closing off this three-part series is a conversation with Chaerany Putri. Combining her business background, love for youth and passion for politics, she opens up about her experience working for the President, the political shift of millennials as well as sharing her hopes for millennials’ involvement in the politics.

Can you tell us a bit about yourself and your background?
I am a business graduate and started my career as an entrepreneur. But deep down in my heart, my passion was for the social and political world. So, while running the business, I was also actively involved in youth organizations such as HIPMI and KADIN.

How did you start getting involved in politics?
It started in 2008. My friends and I were involved in the legislative election for a political party in Indonesia. And then in the 2009 presidential election, we became volunteers for one of the candidates running for President. Our target during that campaign period was the youth. Under the platform Sahabat Muda, we traveled around Indonesia and really felt what it was like to be volunteers for the presidential election. Fast forward to 2014, once again we were actively volunteering, this time under the name Gerak Cepat, a platform for youth to be involved in the politics. 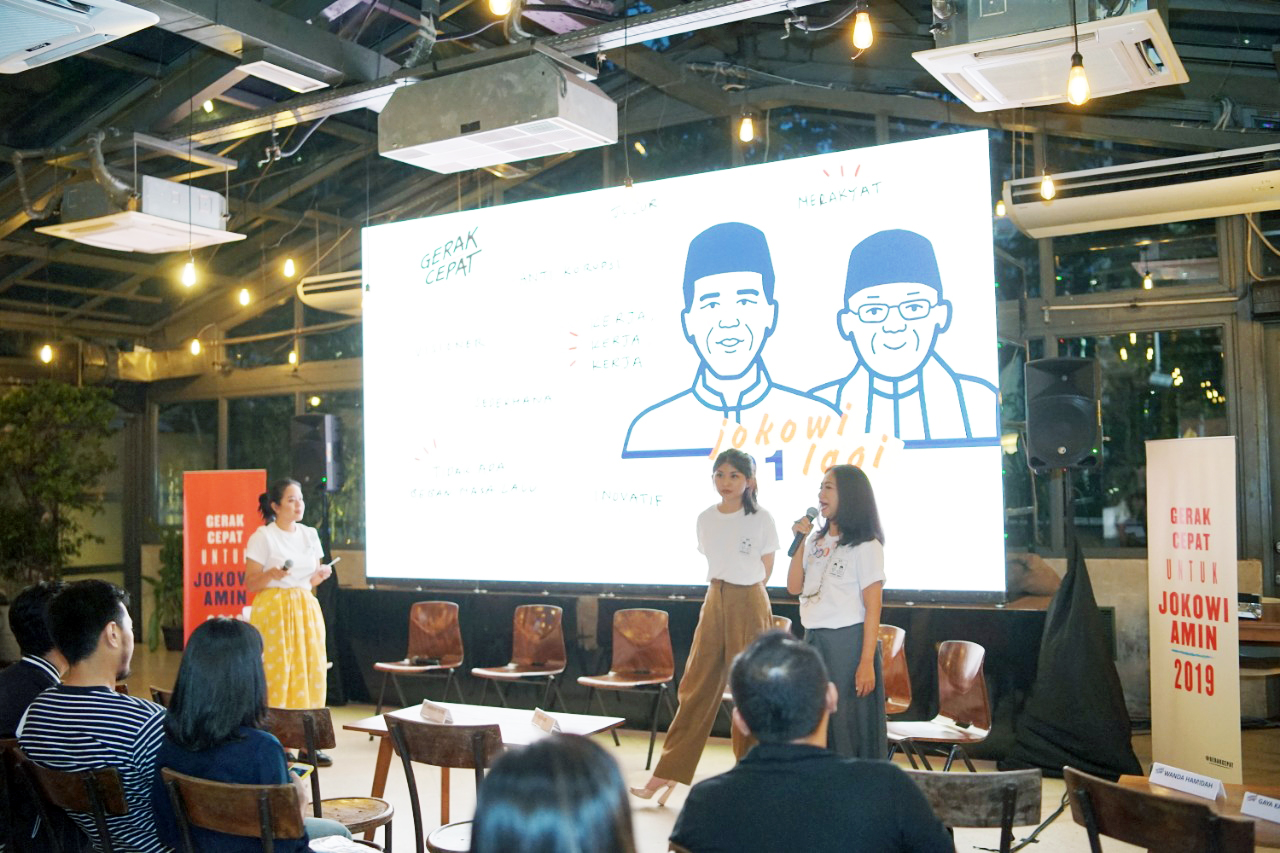 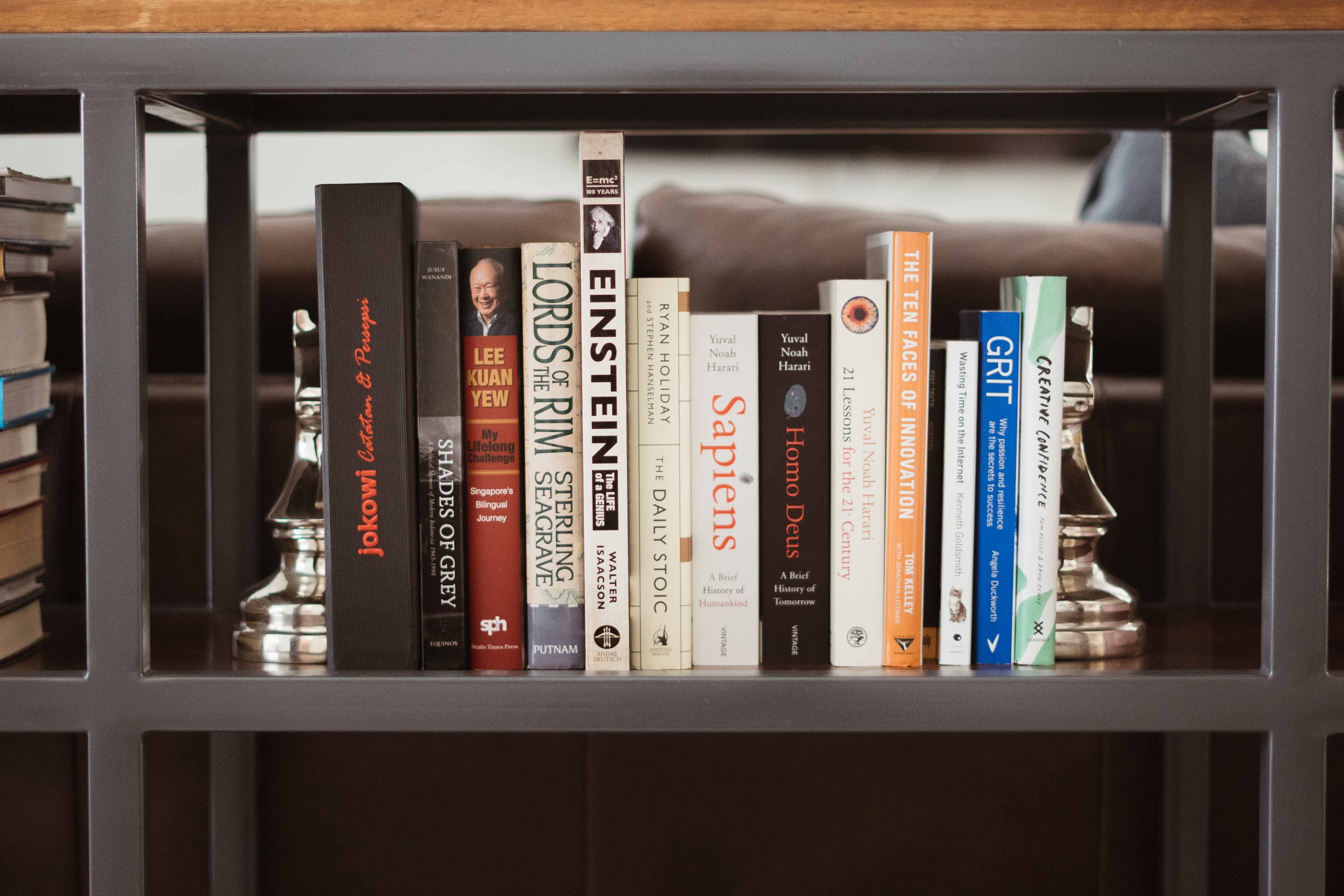 Now that the election process is done, what other things is Gerak Cepat doing?
After the 2014 election, we decided to really activate Gerak Cepat by expanding its reach. We are not only a platform about politics and government but also one that encourages millennials to be involved in other movements that will benefit the country.

Are there any significant changes that you felt especially on the involvement of millennials in the politic world?
I can say that they are becoming more and more aware of the political situation in the country. Since I have been actively involved in the election world since 2008, I can really feel the difference especially when it comes to social media. Back then we only had Twitter, and it wasn’t used by as many people as it is now. But now, news about politics can be found on almost all social media platforms and plenty of people are openly voicing out their political stands. Another thing I’ve noticed, in 2014 the politics became something very cool and millennials are really keen on it. I can say this because I’ve witnessed how with only 50 days of campaign, we can gather almost 30,000 volunteers online. It was amazing. In the 2019 election, there is also a significant increase of millennials participating in the moment and also running for a seat in the government. So yes, I guess you can say the awareness has significantly increased. 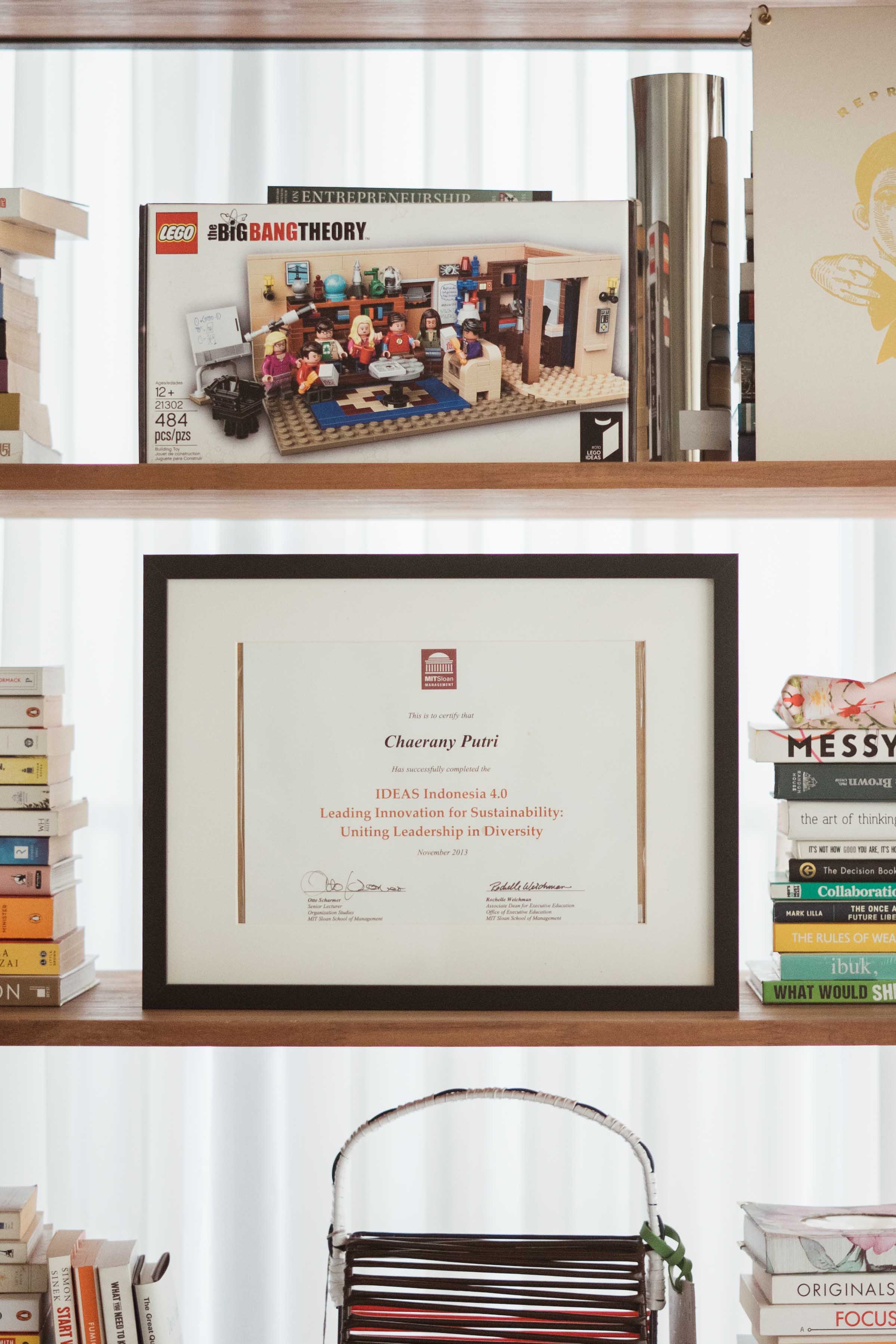 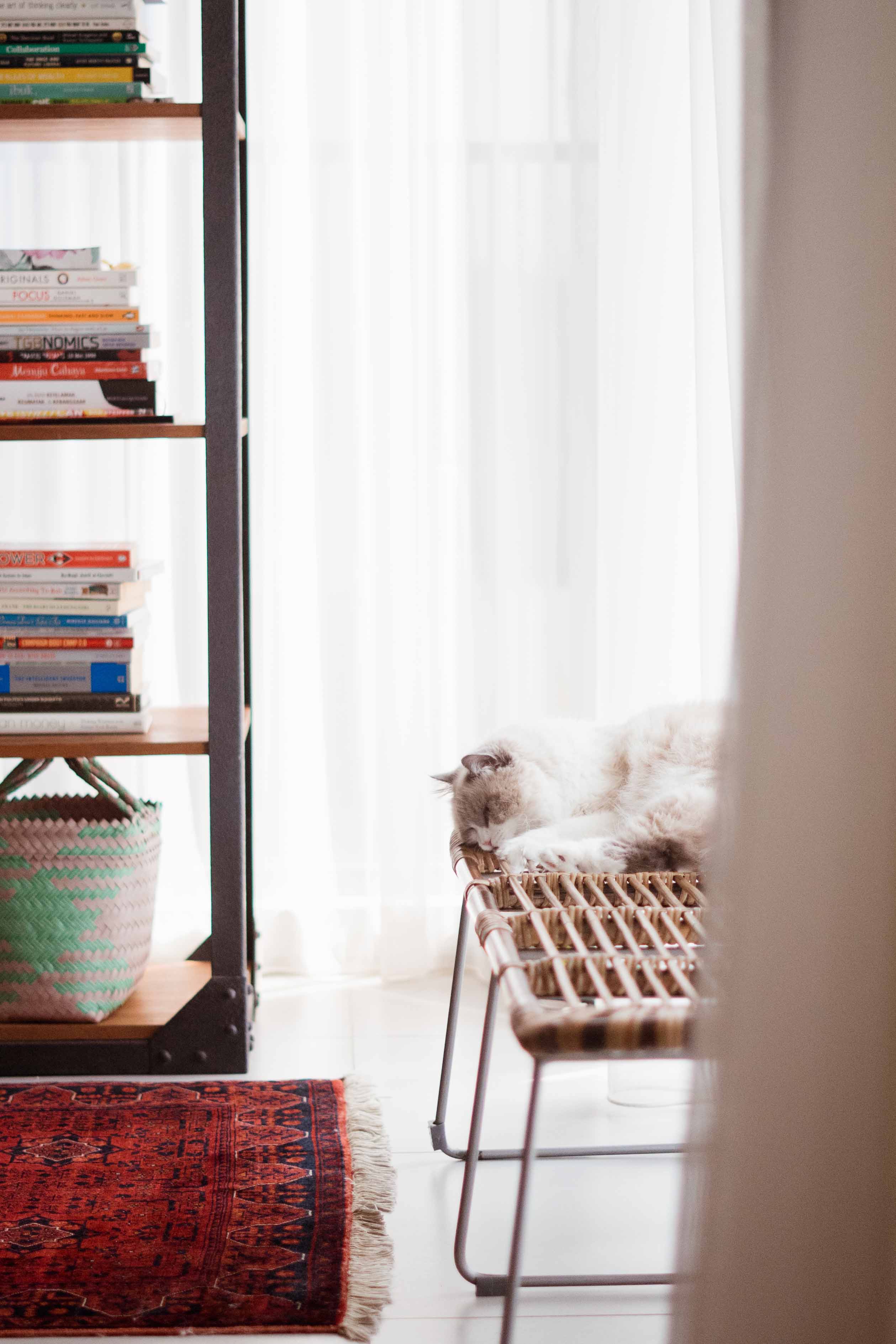 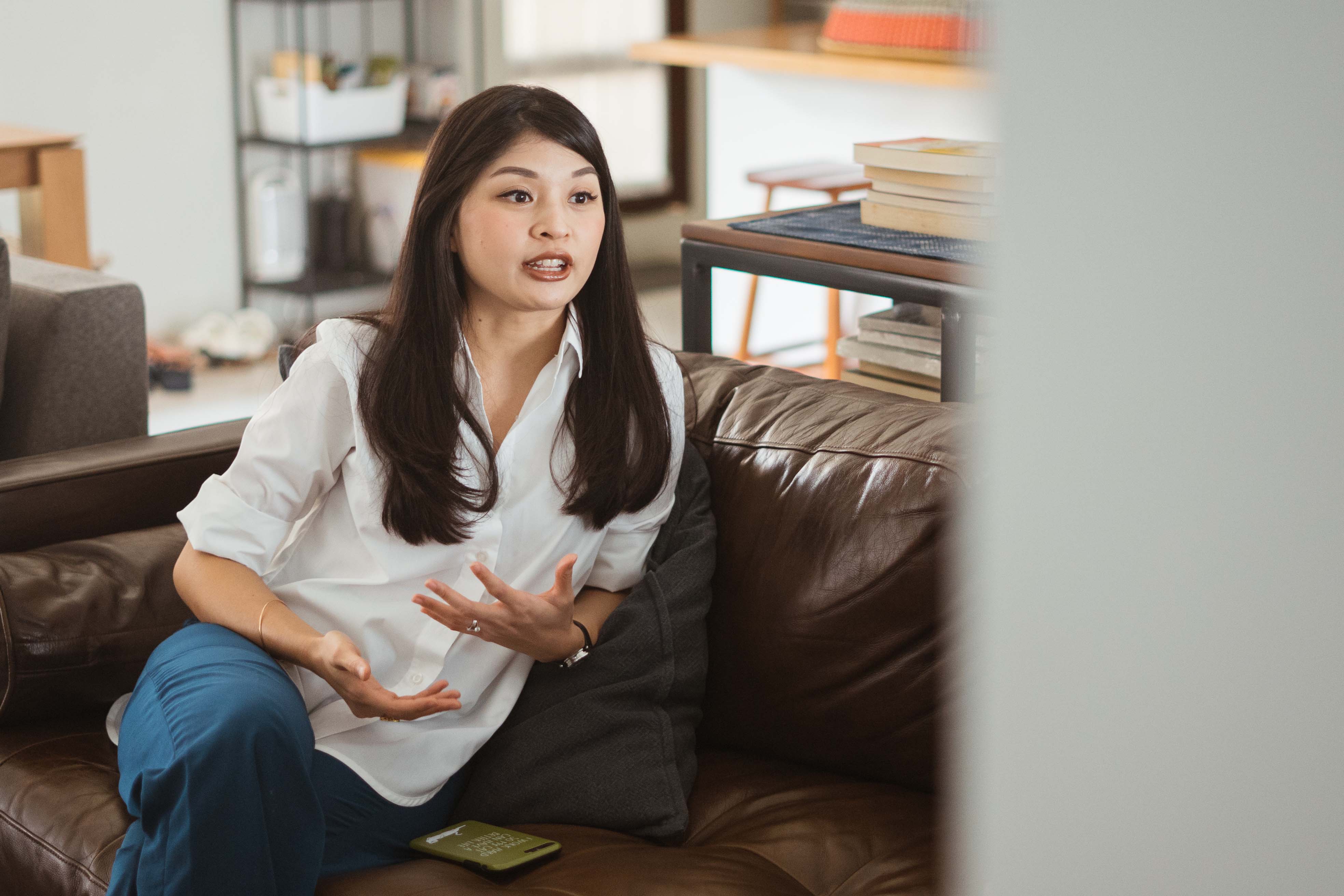 How about you? Are you officially involved in the current government?
In the previous period, I was a part of the presidential staff working under the Special Staff Coordinator of The President.

What was it like working inside the palace?
Working for about a year for the government really opened my mind and perspective that first, politics is never black or white. Everything in politics is gray area, depending on the perspective you’re using to look at any situation. Every decision, moment, rules, every single thing in politics has a complicated background story behind it. Looking at a surface level can only give you so much. People outside of the government may easily pinpoint who is right and who is wrong, but with politics, there’s always a deeper process and a lot of factors to it. This is why I say politics is gray because judgment is always in the eye of the beholder.

Second thing is, the government is really and truly working for the citizens. However, not everyone can see what’s going on behind the scenes. I have dedicated years of my life becoming a volunteer and now that I’m actually inside the palace walls, it is a whole different story. Having a chance to work with ministers, witnessing how the President interacts with other people with your own eyes, holding a meeting after the strike, there are so many exciting things that I have experienced, that I could never have seen outside of the palace walls.

"Politics is never black or white. Every decision, moment, rules, every single thing in politics has a complicated background story behind it. Looking at a surface level can only give you so much."
-Chaerany Putri 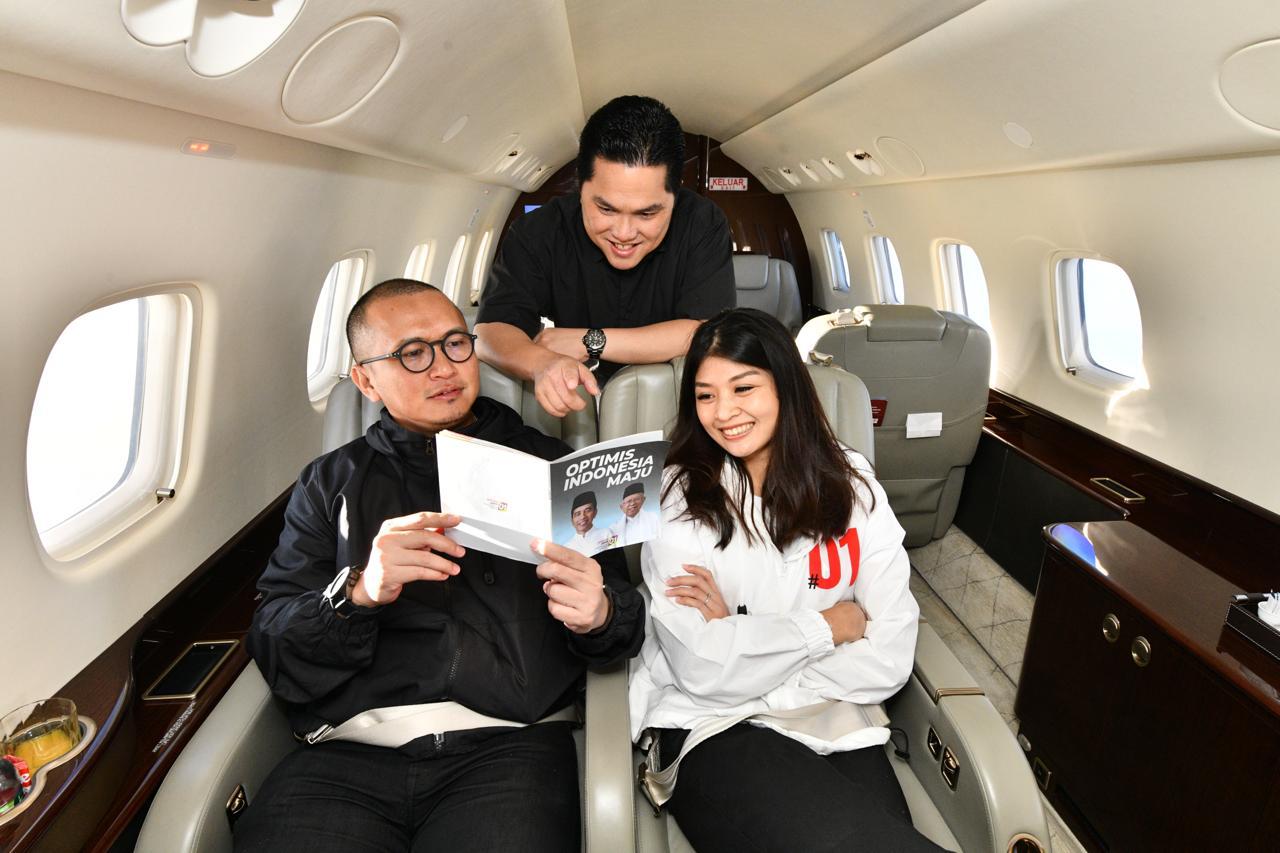 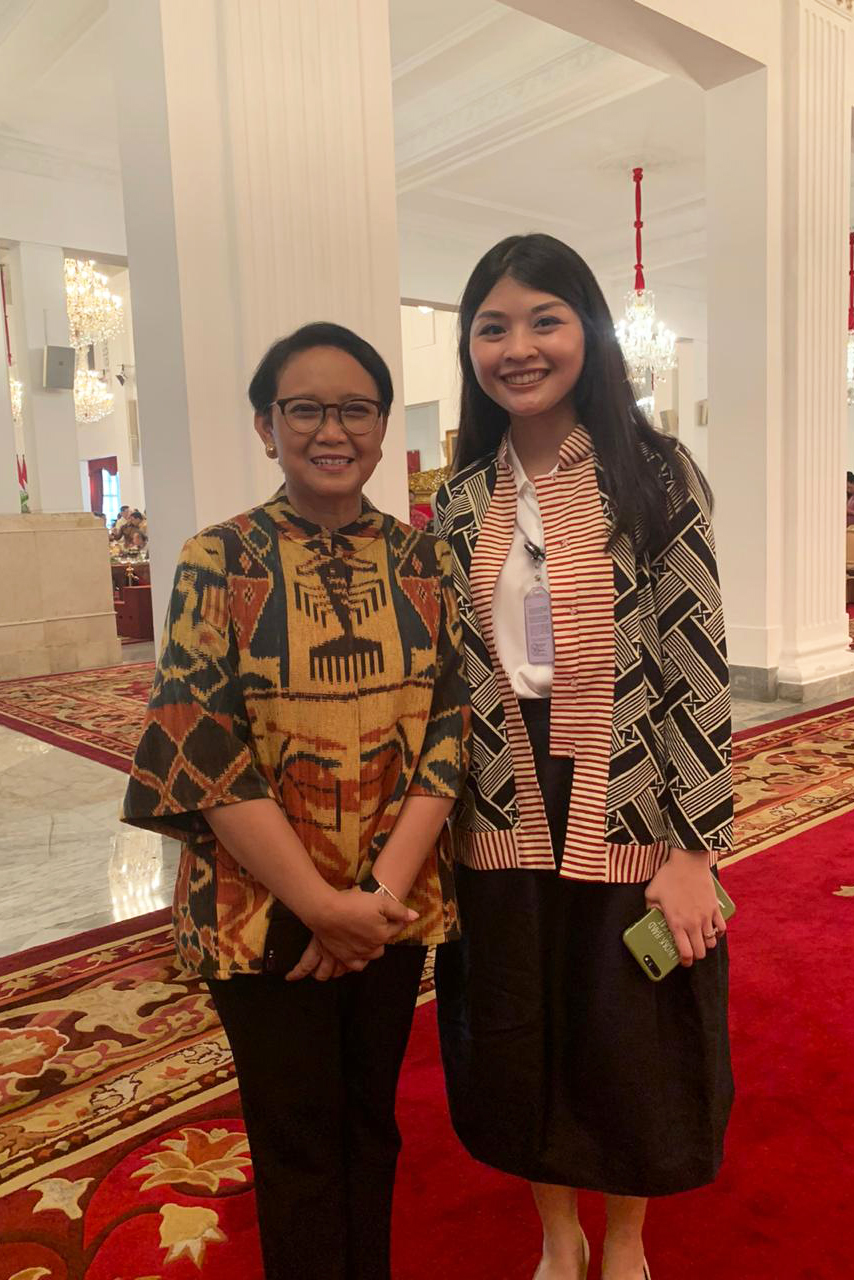 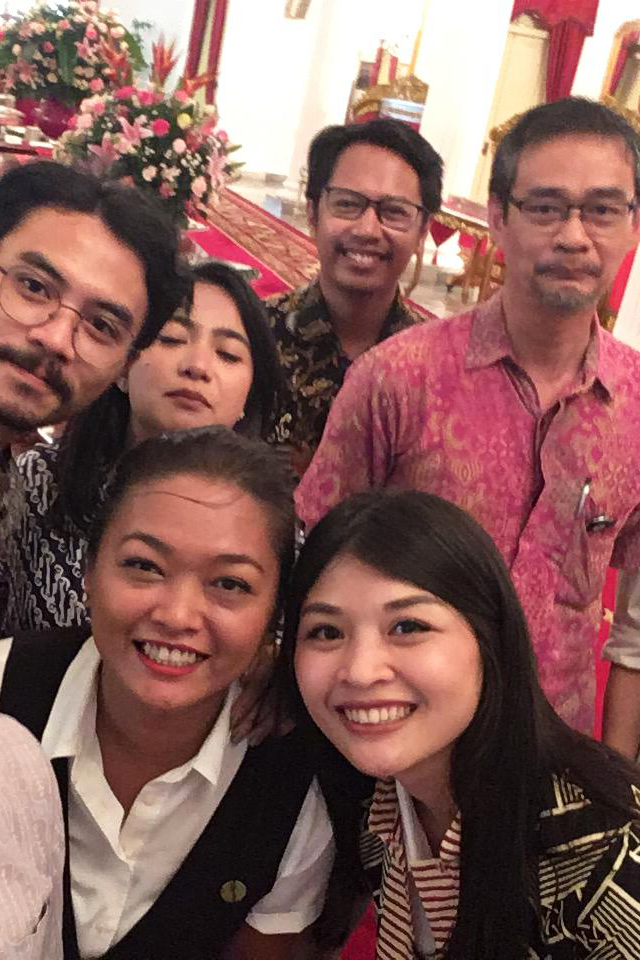 Now that we’ve entered another period of presidency, what’s next for you?
After the end of first period in October 19, our work period is also finished. So now I am in a transitional period. At this moment I am trying to recollect and contemplate my plans. One thing for sure, I really want to explore and combine my experiences in the government, my political instinct, my business background while still working on things I’m passionate about which is youth and happiness. Will I purely be a politician? Or will I be a businesswoman with a political flair? I’m still trying to figure it out. Honestly speaking, I am inclined towards the latter. Because being a politician means you need to have a specific end goal. Say, becoming a member of parliament, running for president, becoming a minister, I don’t have any of that. So maybe the other option would be better for me.

But above it all, every 5 years I still want to take part in every presidential election. I think it’s one of my callings, you know? To make sure that the one who receives the title is one that is worthy of it.

"I think it’s one of my callings, you know? To make sure that the one who becomes President is one that is worthy of it."
- Chaerany Putri 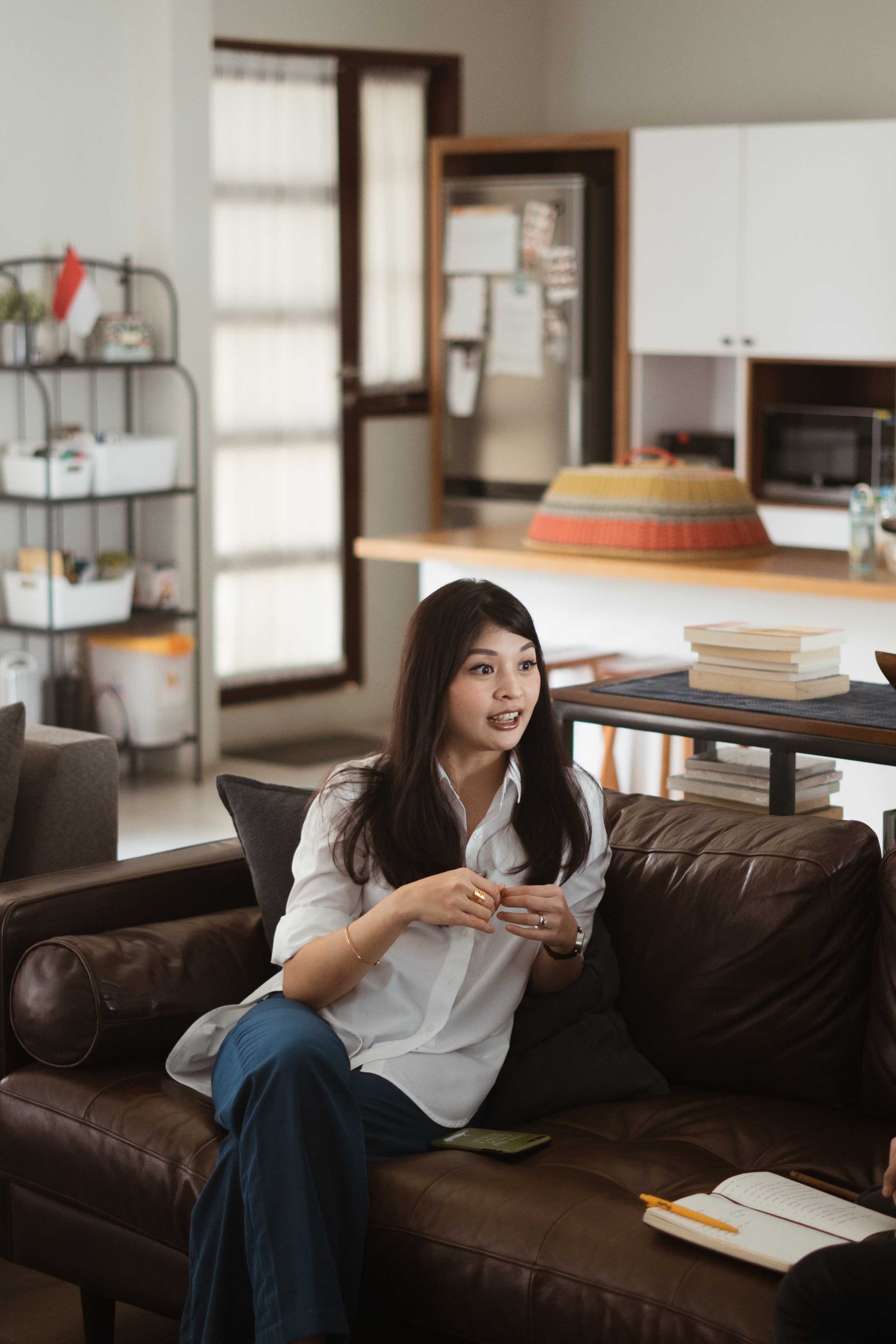 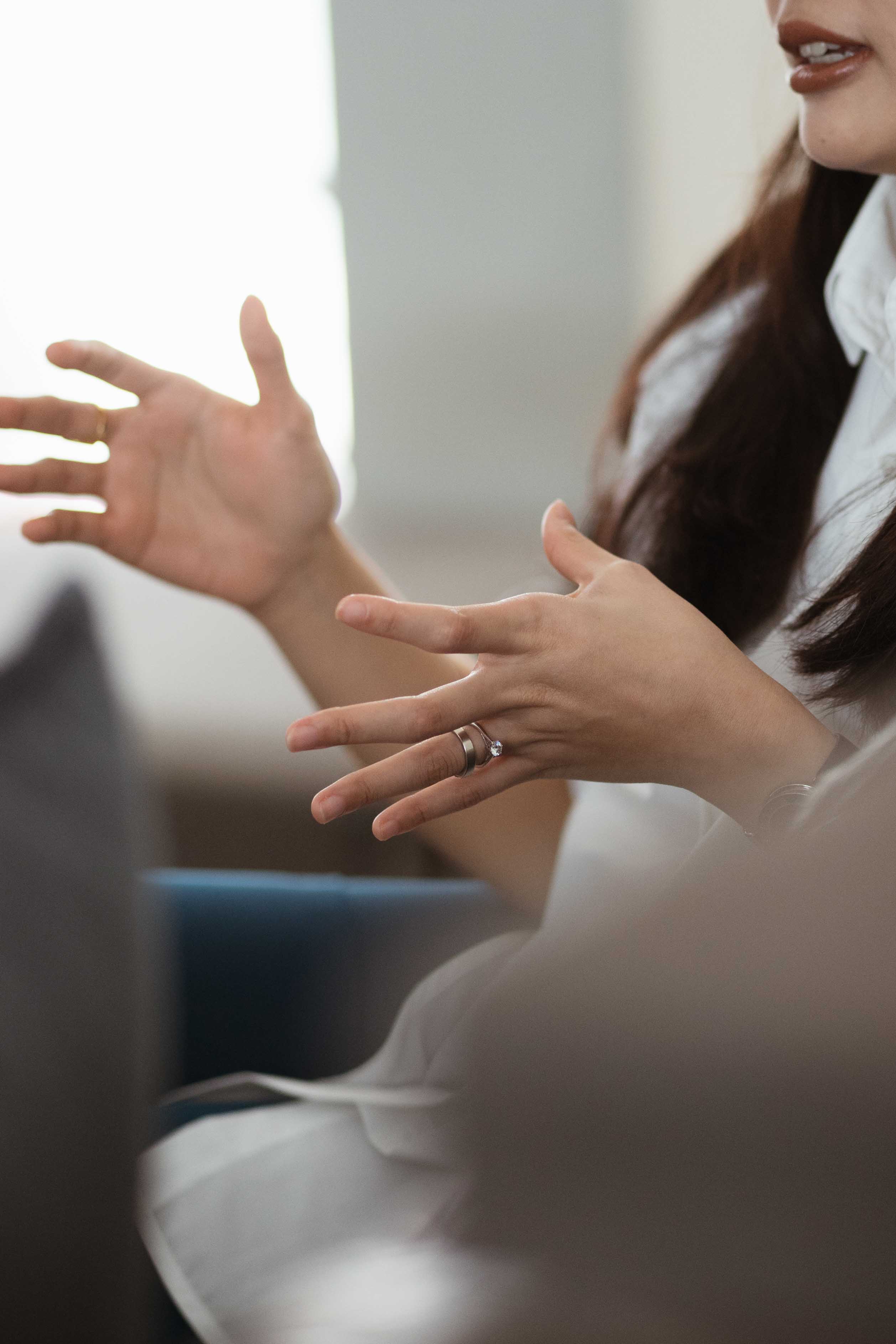 As a millennial, what things are you hoping for the political world in Indonesia?
I think politics in Indonesia is already quite progressive. It develops rapidly and adaptively, compared to other countries. What I’m hoping for is actually for the millennials to be even more actively participating and critically filtering all kinds of information regarding the politics. Millennials need to train their critical thinking ability and make use of technology wisely to get a better insight. And on top of it all, still strongly upholding the values, principles and culture of Indonesia.

Do you have any message for millennials also trying to make a mark in politics?
Nowadays, a lot of millennials want to be a politician. You can see them running for legislative elections or being involved in political parties. As someone who has witnessed the political shift from 10 years ago up to now, my message is to learn and adopt correct political ethics. Just because we’re young and vocal and energetic, it doesn’t mean we can neglect manners. Because in politics experience counts so always be humble and respect your elders.

Another thing, if you wish to be a politician, you need to have strong principles while balancing it with agility at the same time. For instance, I am against radicalism. That is a principle I hold on to. If someday a political figure I look up to associates themselves with this movement, then I will stay true to what I believe and not try to justify their actions because I look up to them. Don’t tie yourself to a persona, strongly hold your values instead. This is not easy to do. In my experience, I’ve seen only a few people with strong principles. However, having strong principles alone is not enough. Without agility to adapt to situations, your ego will get the better of you and along the way, you can forget that you’re serving the people and not yourself. Politics is very dynamic. That is why anyone who wants to be involved in it needs to have these two things.

And perhaps a little word for millennials that don’t care at all for the politics?
The way I see it, politics is everywhere. From choosing a class captain to voting for student body head, that is basically a political system. In other words, you can’t escape it. Well, you don’t have to be a politician. But more and more millennials are more aware of politics these days. So if you don’t catch up, you will be left behind.

"As someone who has witnessed the political shift from 10 years ago up to now, my message is to learn and adopt correct political ethics. Just because we’re young and vocal and energetic, it doesn’t mean we can neglect manners."
-Chaerany Putri 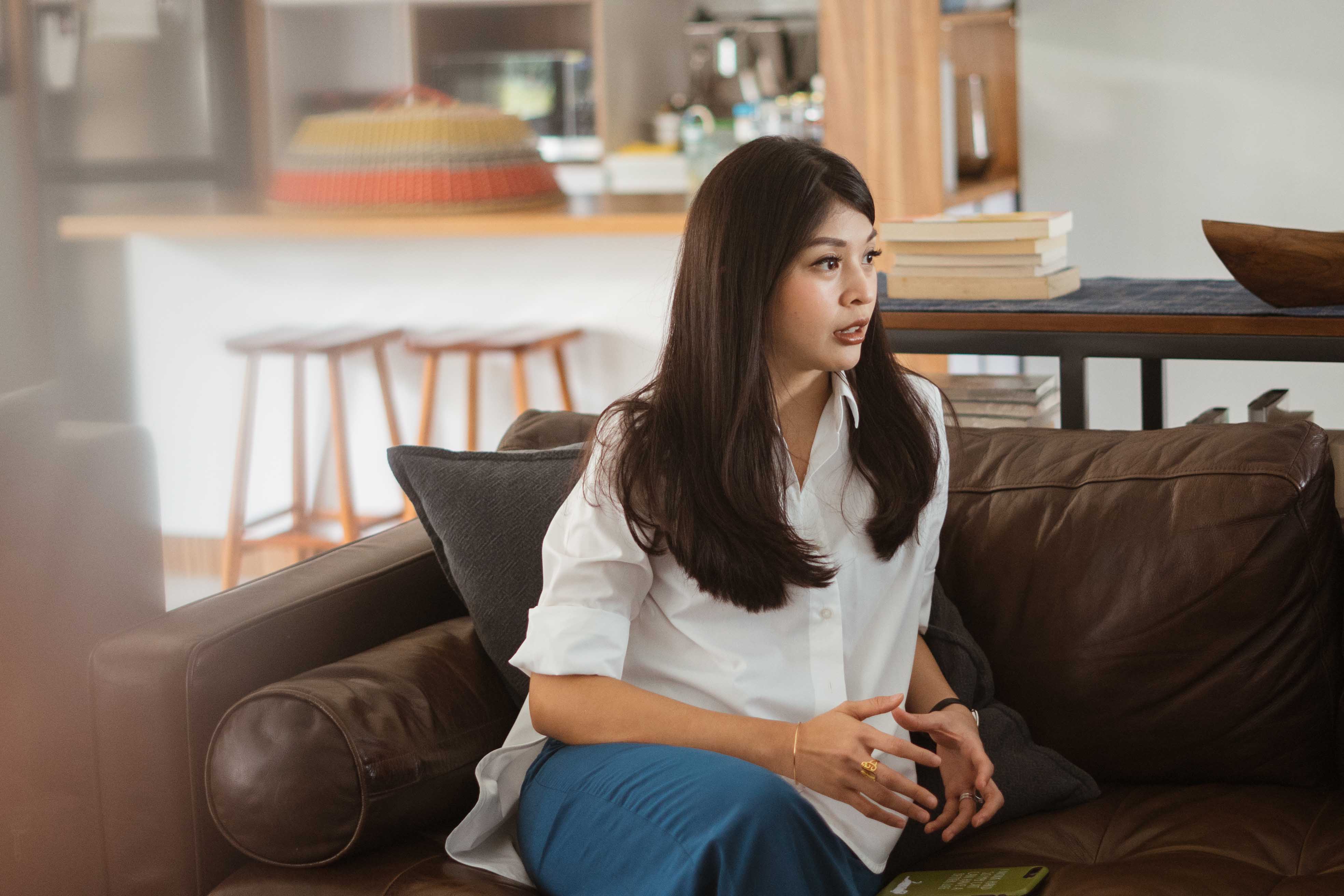 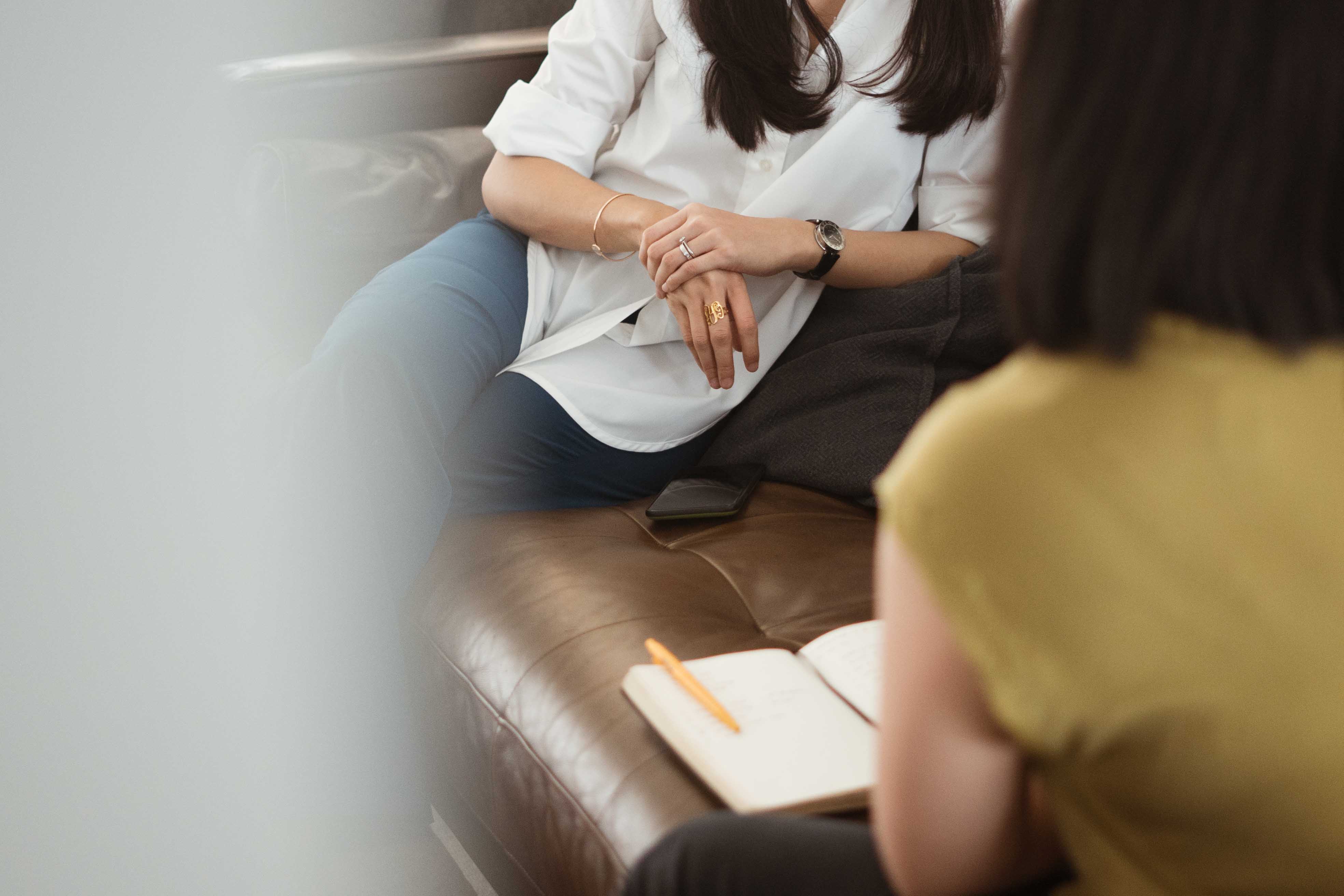 This series is made with one message in mind, to inspire so millennials of Indonesia will have a bigger heart for the nation, realize this country's potential and give the best they can for Indonesia, with the right way and the right character. Natasha Mannuela, Gerson Gilrandy and Chaerany Putri are just 3 of the many many millennials who have made something great for the nation. If they can do it, we can do it too. Whatever you do, wherever you are, you can contribute something great for this country, in your very own unique way.  So start doing something today.

Your comments will need to be approved to be published.

A Conversation with Abenk Alter: On Breaking The Stereotype of Gender Roles

A Conversation with Laila Munaf: About Being A Feminist

A Conversation with Nina Moran: On Empowering Young Women